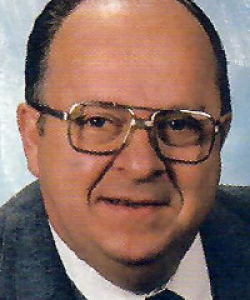 He leaves his wife of 61 years, Chizuko (Nishiyama) Branconnier, a son Donald L. Branconnier of Winchendon, a daughter Patricia A. Coran and her husband Neil of Spencer, his sister Janet Sanders of Shrewsbury, three brothers William, Normand and Robert Smith of Worcester, several grand and great grandchildren, nieces and nephews.

Born in Spencer, he was the son of Edmond and Ida (Dalbec) Branconnier and later graduated from Commerce High in Worcester. He then served his country with the U.S. Marine Corps and U.S. Army during the Korean War.

Don was a real estate agent for Coldwell Banker in Sturbridge prior to retirement. He also managed several area businesses over the years.

Private graveside services will be held at the convenience of the family in Worcester County Memorial Park. In lieu of flowers, contributions may be made to Veterans, Inc., 69 Grove St., Worcester, Ma. 01605.
J.HENRI MORIN & SON FUNERAL HOME, 23 MAPLE TERR., SPENCER is directing arrangements for the family.