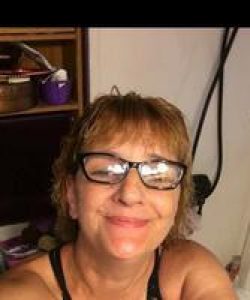 Diane L. Swift, 62, of Worcester died peacefully Sunday May 31, 2020 in St Vincent Hospital after a hard fight with the Covid 19 Virus. Diane leaves her loving family, her Mother Evelyn (Latendress) Zuidiema of Worcester, her sons, Eric J. Plikunas and his wife Nicole of Millbury, Shawn M. Swift and his wife Terin of Worcester. Diane was the proud grandmother to Makenzie, Tori, Jaden, Madison, Layla, Eric Jr, Karlin and Shawn Jr. Diane is also survived by her brothers and sisters, Michael, and Mathew Swift, Philip Swift and his wife Joanne of Worcester, Paul Swift and his wife Deborah, Donna, Laurie, and Joanne Swift. And her former husband Jeffrey Plikunas and nephews and nieces.

Diane was born in Worcester her father was the late Philip N. Swift and lived here all her life. She was a graduate of South High School. Diane worked at Marshall’s Department Store for many years before she retired. Diane enjoyed going to Bingo, crocheting, knitting and most of all being with her grandchildren whom she adored. She was a very sociable person who just enjoyed being with people and helping whenever she could. Diane will be missed very sadly by her family and friends.

A graveside service will be held in Worcester County Memorial Park at a date to be announced by the family. To share a special memory of Diane and send condolences to the family please visit her memorial site at mercadantefuneral.com. The MERCADANTE FUNERAL HOME & CHAPEL is assisting Diane’s family with her services.