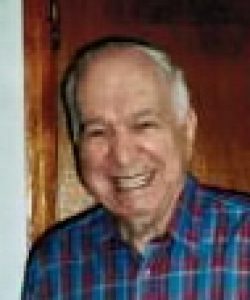 Carlo J. Cimato Sr., 92 of Worcester died Tuesday January 22 at St. Vincent’s Hospital. He was born October 30, 1920 in Warren, Ohio a son of the late Antonio and Josephine (Flaminio) Cimato. He is survived by his wife Virginia (Mathews) Cimato: three devoted children Carlo J. Cimato, Jr. and his wife Nancy of Worcester, daughters Karen D. Stone and her husband Leonard of Cary, NC and Gail P. O’Brien and her husband Robert of Dennis, MA: three loving granddaughters Rita K. O’Brien of Portland, OR, Courtney L. O’Brien of Atlanta, GA and Kristy C. O’Brien of Chicago, IL.; his sister, Lena Barry of Worcester and his brother Joseph M. Cimato of FL: his brother in law James R. Mathews of NJ and several nieces and nephews. He was predeceased by his siblings, Pat Cimato, Mary Sieruin and Julie Lapormado.

He moved to Worcester as a young child and settled in the Shrewsbury St. section of Worcester. Carlo was educated in Worcester public schools and served his country in the Army Air Corps. during WWII stationed in the CBI (China, Burma, India) theater. Upon his return he worked for the Arcade Mallable Iron Co. and later at Fremont Casting. Upon retirement he worked part time at Healthco International.