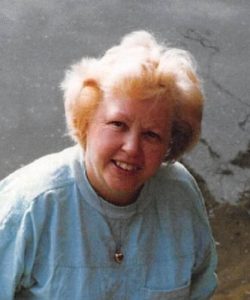 Beatrice Mary (Ambler) Spencer, 93, passed away on Wednesday, July 22, 2020 at Beaumont of Worcester after an illness. Born in Enfield, CT and raised in No. Chelmsford, Beatrice was the daughter of Sylvester and Ethel (Denby) Ambler and younger sister of Gordon and Benjamin, formerly of Baildon, England.

A graduate of the University of New Hampshire, she was a dedicated, exacting, passionate teacher of English and extra-curricular activities including basketball and ballroom dancing. She taught at Brookline High School prior to her marriage and later at Our Lady of the Angels in Worcester. Some of her greatest pleasures were the conversations she shared with the many former students who contacted her later in her life.

After leaving OLA, she worked in the school food service division of Quality Seafood’s as a saleswoman to the regional schools until her husband, John and she founded and operated Northern Lakes, Inc. in Bristol, NH for over 30 years with their son, Mark. After John’s death in 1993, she continued to run Northern Lakes with Mark, dividing her time between Worcester and NH, commuting weekly with her dog.

Beatrice was a long time member of St. Luke’s Church where she served on the Women’s Guild and in the choir. She loved to swim, travel, drive, was a gardener, a skilled cook, baker, knitter and seamstress. Mostly, Bea loved people. Her father would say, “Give Beatrice five minutes with anyone and she’ll know their life story”. She was a loyal, trusted friend, the one many turned to and counted on in time of need, a trait she maintained throughout her life with everyone from the family, friends and neighbors to employees and associates.

She leaves us to join her beloved husband, John G. S. Spencer of Bradford, England; her parents; her treasured brother, Benjamin Ambler and his wife, Kay of Providence, RI; her cherished brother, Gordon Ambler and his wife, Barbara of Nashua, NH; and her brothers-in law, Gerald and Arthur “Tony” Spencer of England. She leaves her loving daughter, Sylvia; her son, Mark and his fiancée, Gretchen; her cousins, Jack Denby and Mary Jones of Wilbraham; Ernest Denby and his wife, Dianne of Somers, CT; her niece, Catherine Ambler of No. Providence, RI; her sisters-in-law, Jesse and Pat Spencer; nieces, Kay Rushworth and her husband, Philip and Vivien Dack and her fiancé, Tony; nephews, Andrew Spencer and his wife, Julie, John Spencer and his wife, Louise; grand-nephews and grand-nieces all of England; her friends, Lisa and Charles Mangini of Dudley and Paul Bedinger of NH with whom she so enjoyed discussing the affairs of the day.

We thank all of you who knew her for the memories you gave her – she cherished them deeply. We extend our deepest appreciation to the caregivers and the staff of Dodge Park for their dedicated care, support and affection.

A graveside service for Beatrice will be held at Worcester County Memorial Park in Paxton at 10:00 am on July 31. In lieu of flowers, memorial contributions may be made to The Barton Center for Diabetes Education, Inc. P.O. Box 356, North Oxford, MA 01537. Arrangements are under the care of the Miles Funeral Home, 1158 Main Street, Holden.