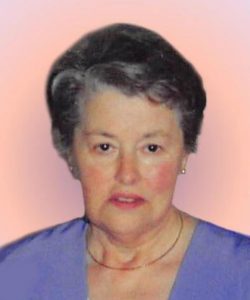 Barbara M. (Hicks) DeMauro, 89, passed away peacefully in the loving care of her family and the dedicated staff at the Christopher House in Worcester on Saturday, September 24, 2022. Born in Worcester and raised in Millbury, Barbara was the daughter of the late Harry and Florence (Emmott) Hicks and lived 40 years in Shrewsbury before returning to Millbury. Her husband of 47 years, Peter DeMauro died in 2008.

She was a graduate of Fanning Girls Trade High School, class of 1950. Barbara was an exceptional mom who loved nothing more than spending time with her family. The holidays were particularly important to Barbara because the holidays brought her entire family together. One of the highlights of her life was traveling to England to explore her family heritage. She enjoyed visiting Wells Beach in Maine and Cape Cod as well as baking, bingo and yard sales.

Barbara’s life will be honored and remembered at a private graveside service on Friday, September 30th at Worcester County Memorial Park in Paxton. Memorial contributions may be made in Barbara’s name to the American Parkinson Disease Association, 135 Parkinson Ave., Staten Island, NY 10305. Funeral arrangements are under the care of Miles Funeral Home, 1158 Main St., Holden.