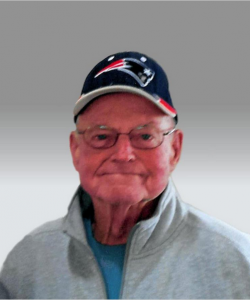 Arthur C. Premo, 91, passed away peacefully in the comfort of his home surrounded by his family on Monday, September 6, 2021. Born and raised in Worcester, he was a son of the late Roy and Agnes (Gaulin) Premo.

He will be lovingly missed and remembered by his daughter, Iona Sage and her husband, Peter of Wells, ME; his son, Gary Premo and his wife, Nadine of Sutton; three grandchildren, Jonathan, Brandis and Matthew; two great-grandchildren, Taylor and Ayden; and several nieces and nephews. In addition to his parents, he was predeceased by his two brothers, Roy and Clifford Premo; his sister, Ruth Corsetti; and his grandson, Joseph Smalley, Jr.

Arthur proudly served his country in the U.S. Navy at the end of World War II. He was a bricklayer by trade and had worked for 55 years with Bricklayers & Allied Craftsman Union Local 3 in Boston and the former Union Local 6 in Worcester before he retired. He was a member of the Auburn Rod and Gun Club and in his leisure, Arthur enjoyed trips to Foxwoods, watching the Patriots and tending to his gardens.

Family and friends are invited to visit with Arthur’s family from 9:30 to 10:30 a.m. followed by a funeral service at 10:30 a.m. on Saturday, September 11th in the Miles Funeral Home, 1158 Main Street, Holden. Burial will follow at Worcester County Memorial Park in Paxton.