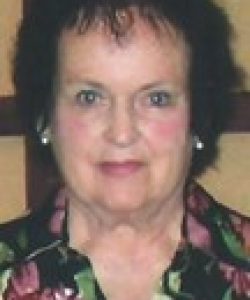 Anna M. Duffy died October 6, 2019 in her home surrounded by her family. She was born in Worcester the daughter of Anna (Holland) Smith and Dr. Maurice E. Smith. Growing up during the Depression she took great pride in being a drum majorette and playing the piano. Her summers were spent traveling to Canada and Scituate, Massachusetts to visit family.

She graduated from Clark University and the former Worcester City Hospital School of Nursing. She worked as a head nurse and later a nursing instructor at Worcester City Hospital. After raising her children, she returned to work as a home care nurse for Home Staff. During her retirement she traveled with her husband Bob and cared for her grandchildren.

Lovingly called, “Gram Gram”, she spent her life devoted to her family. Holidays included hand sewed ornaments, photo albums, coin collections and beautifully written cards. She was able to create any item of clothing without the need for a pattern.

Her endless support and positive attitude will be greatly missed.

She was predeceased by her husband of fifty-three years, Robert W. Duffy, and her sister Margaret McLean.

Anna was a devout Catholic who attended church weekly even when her health deteriorated. Her life will be celebrated at Immaculate Conception Church on Thursday, October 10 at 11:00 AM. Calling hours will be held prior to the Mass, from 9:30 to 10:30 AM at Athy Memorial Home, 111 Lancaster St., Worcester, Ma.

Special thanks to the Overlook Home Care and hospice for the wonderful care she received during her final months. Donations may be made in her name to the American Diabetes Association.