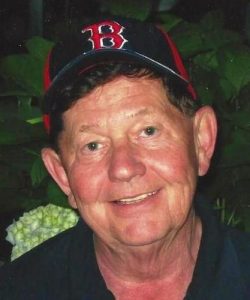 Andrew R. Fryc, 73, of Worcester passed away unexpectedly Friday, October 3, 2014 while vacationing at Loon Mountain, NH. He is survived by his wife of 52 years, Carol A. (Gouin) Fryc. He also leaves his children; sons, Robert A. Fryc and his wife, Sandra of Shrewsbury, Dennis J. Fryc and his wife Beth of Upton; daughters, Brenda M. Laganelli and her husband Anthony of Worcester and Tina M. Sadowski and her husband James of Rutland: seven grandchildren, Christian, Derek, Nicole F., Jillian, Nicole B., Jimmy and Jackie; a sister Elaine McKay; nephews and nieces. He was predeceased by his son John D. Fryc and brother Walter Fryc. He was born in Holyoke, MA a son of Andrew C. and Alice (Zaterka) Fryc.

Andy worked in the Building Operations Department of Charles River Laboratories before retiring in 2009. Prior to that, he worked as a Manager for both Wyman Gordon, Co. and Warner Swasey, Co. and began his career at Norton Co. He served in the US Air Force. He was a graduate of Worcester Boys Trade School and WPI School of Management program. He was a member of The Auburn Knights of Columbus-4158, The Greendale Men’s Retirement Club, The Auburn Elks- Lodge 2118 and the American Legion-Chester P. Tuttle Post. Andy was a carpenter by trade and could fix or build anything. He was known for his smiling face and friendly personality. He enjoyed shopping, baking, mini golf and traveling with his family. He was a friend to many and he truly enjoyed every moment with his beloved wife, children, grandchildren and the rest of his family. He will be deeply missed by all.