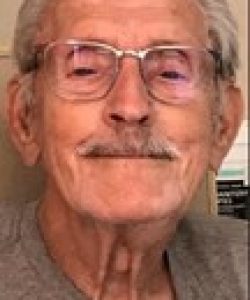 Alvar A. August Carlson, 85, passed away in the comfort of his home on Saturday August 3, 2019, with his loving children at his side. Alvar’s beloved wife, Elsie, passed away in 2014.

Alvar, known to most as Al, is survived by his children Melissa M. (Heelan) Hey wife of David A. Hey of Oakham, Philip G. Carlson and partner John G. Carlson of North Grafton, and Laura E. Carlson who provided constant care and her partner Lisa Worthington of Worcester, grandsons Bruce F. Heelan of San Diego, CA, Andrew A. Hey and Mathew D. Hey of Barre, MA, stepson James J. Heelan of Portland OR, and sister Eva M. (Carlson) Martinelli of Worcester as well as many nieces and nephews. Alvar is predeceased by his loving wife, of 50 years, Elsie M. (Phillips) Carlson, stepson Bruce F. Heelan, brothers Elmer A., Philip A., Adolph A., and Eric A. Carlson

Alvar was born in Worcester, son of the late Gustaf A. and Hannah M. (Sansten) Carlson. He attended Lincoln Street and Adams Square schools before attending Commerce High School. Alvar earned his equivalency diploma during his service in the United States Army.

Except for his years in the army Alvar was a lifelong resident of Worcester. After returning from service in Korea (post conflict) he began a 53 year career as a heat treater at Buck Bros. Manufacturing Co. in Millbury, MA.

In 1960 a friend introduced Al to the love of his life and future wife Elsie. They married in 1963, making Al a husband and father to Elsie’s three children from a previous marriage in a single afternoon. Al worked overtime hours and at times a second job to provide for his family. Al always found time to help others, enjoyed working on cars, reading, and spending quiet times with his family.

The family would like to thank Lisa F. who provided special care and companionship as well as Jewish Health Center Hospice Care.

Private service and internment will be held at Worcester County Memorial Park, Paxton at a later date. Memorial contributions may be made to JHC 646 Salisbury St. Worcester, MA 01609 or to the Wounded Warrior Project