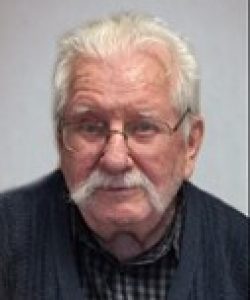 Son of the late Reginald A. and Maria J. (Hellstrom) Fant, Albin was born in Uxbridge and raised in Worcester, graduating from Worcester Boys’ Trade High School. Albin enlisted in the United States Navy and served in the Korean War for almost four years. In 1970, Albin married Doris M. (Rockwood) and the two spent the next 25 years together until her death in 1995.

Ever the hard worker, Albin dedicated 18 years of his career to the Auburn School District, working as Head Custodian until his retirement in 1995. He always kept busy around town, as he was a member of the Chester P. Tuttle American Legion Post #279, the Melha Shriners of Springfield, Guiding Lights Masonic Lodge, and Alethia Grotto. Albin was a 32nd degree Mason with the Guiding Lights Masonic Lodge, as well as being involved with the Stella Chapter of the Order of the Eastern Star. He was also a proud Union Worker with a membership to the Local #127 of Worcester.

Albin is survived by his sister, Evelyn Elander of Greenville, ME; sister-in-law Charlotte Fant of Melbourne, FL and brother Allan Fant and his wife Donna of Sutton, and many nieces, nephews, grandnieces, and grandnephews. In addition to his parents and wife, Albin was predeceased by his brother, Carl Fant; sister-in-law, Charlotte Fant; brother Alden Fant; and brother-in-law, Howard Elander.

Relatives and friends are invited to visit with Albin’s family between 9:30 – 10:30 AM on Monday September 9, 2019 at the BRITTON-WALLACE FUNERAL HOME, 91 Central Street, Auburn, MA 01501, followed by a funeral service at 11:00 AM. Burial will be held privately per the request of his family. In lieu of flowers, memorial donations may be made to Shriners Hospitals for Children