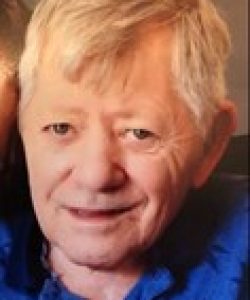 Albert L. Brooks, 72, of Worcester died Thursday, May 7th in St. Mary Healthcare. He leaves his wife of 42 years, Sharon E. (Leviton) Brooks; two brothers, David Brooks and his wife, Rebecca of Haydenville, and Dean Brooks and his wife, Jean of Rutland; two sisters, Diana Nickerson and her husband, Stephen of Brookfield and Dawn Warren of Buzzards Bay; many nieces, nephews, great nieces, great nephews and great-great nieces and nephews. He was predeceased by a brother, Raymond Brooks, Jr.

He was born in Worcester the son of the late Raymond E. Brooks, Sr. and Pauline G. (Bessette) Brooks and was the first graduating class of Doherty High School. Albert was a carpenter for Prudent Corp and Papa Gino’s doing repair work around New England. He also worked at Reed and Prince Manufacturing in the maintenance department.

Albert was a dedicated member for the last 40 years of the Leicester Lions Club, where he was active until 2013. He received many awards for his dedication to Lionism. He volunteered at the Clara Barton Camp, a diabetic Camp for Girls. Albert enjoyed camping with his wife, Sharon, up and down the East Coast.

Funeral services and burial will be private in Worcester County Memorial Park, Paxton. O’CONNOR BROTHERS FUNERAL HOME, 592 Park Avenue, Worcester is assisting the family with arrangements. In lieu of flowers memorial contributions may be made to the Lions Club of Leicester, P.O. Box 307, Leicester, MA 01524 or the Barton Center for Diabetes Education, Inc, 30 Ennis Rd, No. Oxford, MA 01537.