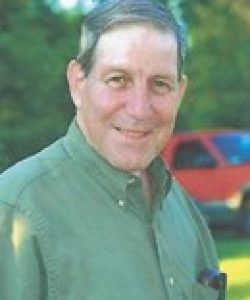 Born and raised in Worcester, Al was son of the late Leonard C. Beard, Sr. and Virginia H. (Randall) Beard. Throughout high school, he played in the Auburn Noteables Drum and Bugle Corps as a drummer; Al carried his love for drumming well into adulthood, becoming a drum instructor with the Satellites Drum and Bugle Corps in the early-to-mid-1980’s – which always held a special place in his heart. Al retired from Rand-Whitney after working as a maintenance mechanic for over thirty years. He and his family settled in Auburn, after residing in Leicester for some time.

He is survived by his beloved wife and best friend, Jackie; their daughter, Lisa M. (Beard) Novak and her husband Barry Novak, Sr. of Auburn; their two grandchildren, Alyssa Belanger of Shrewsbury and Matthew Crossman of Auburn; a step-grandson, Barry Novak, Jr. of Pennsylvania. Al also leaves his brother, Leonard C. Beard, Jr. and his wife Lynn of Spencer, and several nieces and nephews.

Known as one of “the Good Guys,” Al will be sorely missed by all.

The Beard family would like to thank the Satellites Drum and Bugle Corps, former Noteables alumni, and the Auburn Police Department for all their love and support shown in the past few days.

Relatives and friends are invited to visit with Al’s family between 5:00 and 8:00 PM on Friday November 22, 2019 at the BRITTON-WALLACE FUNERAL HOME, 91 Central Street, Auburn, MA 01501, followed by a Service at the funeral home at 10:00 AM on Saturday November 23, 2019. Burial will occur in Worcester County Memorial Park in Paxton.