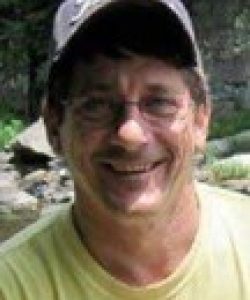 Michael P. Rockwood “Rocky”, 55, of Auburn passed away on Tuesday, December 31st with his family by his side in the Saint Francis Nursing & Rehabilitation Center after a long, hard-fought illness.

Rocky was born in Worcester, and attended Auburn High School and Worcester State College. He is survived by his two children, Amanda L. Witkowski and her husband Steve Witkowski and Michael E. Rockwood and girlfriend Coley Nevalsky; two brothers, Albert G. Rockwood of Ellendale, ND and Robert L. Rockwood of South Dennis, MA; three grandchildren, Hunter E. Rockwood, Ryker P. Rockwood and Mia E. Witkowski; and his former wife and good friend, Rhonda M. Rockwood. He was son of the late Albert C. and Yvette R. (Rodrique) Rockwood and lived in Auburn for most of his life until moving to South Dennis with his brother a few years ago.

Rocky worked as a union carpenter at Consigli Construction for many years. He enjoyed his days spent with friends playing softball for Pub 99 and was an avid outdoorsman who loved to hunt and fish. Rocky played for the Worcester State football team who was named the 1984 National Collegiate Football Association Champions. He was a fan of New England sports and was a member of the Webster / Auburn Lodge of Elks and the Chester P. Tuttle Post in Auburn.

Calling hours will be held on Wednesday, January 8th from 9 AM to 11 AM in the Alfred Roy & Sons Funeral Home 12 Hammond St. Worcester. A short prayer service will be held at 11 AM followed by a celebration of life at the Auburn Lodge of Elks. Entombment will be at a later date in Worcester County Memorial Park, Paxton. Memorial contributions in memory of Rocky may be made to American Brain Tumor Association 8550 W. Bryn Mawr Ave. Ste 550 Chicago, IL 60631.